Congratulations to our My Melbourne Writers!

Ling Ang is a filmmaker with a decade of productions and showcases spanning across the UK, Singapore, Spain, Japan, India, the United States and Australia. Founder of the RMIT Cultural Visions Film Grant and in 2019 launched her first collaboration space as a major supporter in resurrecting The Capitol theatre.

Françoise Roemen has been glued to the screen since she was a child. She's originally from Luxembourg, studied Theatre, Film and Media Studies in Vienna and is now working in Film Distribution and Production in Melbourne.

Not wanting to be a frog in the well, after completing my MA in Mass Communication in Delhi, I moved to the Netherlands. Whilst pursuing my studies in the Netherlands, I encountered people from Azerbaijan to Germany going gaga over Bollywood. This led me to pursue a PhD in Bollywood wherein I'm exploring the roles of culture and commerce in India’s soft power generation. You can currently find me furiously typing my thesis as I am in my final year at Monash University. 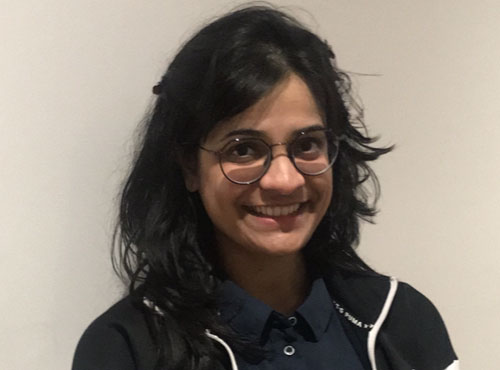 Birva Desai is currently in the final semester of her postgraduate studies at the University of Melbourne. Originally from India (Ahmedabad), her family moved to Melbourne in 2006 and Birva completed her undergraduate studies in Film Studies and Media Communications, from Monash University, in 2018.

Boris is an avid writer with several years of experience writing in various capacities. From his early days in journalism to current capacity as a lawyer, writing dominates both his personal and professional life. One thing that’s constant throughout it all is his love of storytelling. Whatever he’s doing in life, Boris has always taken time to write stories of mystery and fantasy and he is immensely grateful to be involved with IFFM.

Born and raised in India, Dilpreet Kaur, 26, is the founder of Australia's first multimedia platform for South Asian women and non-binary folks, South Asian Today. She has previously written for and acted in street & stage theatre and student films. 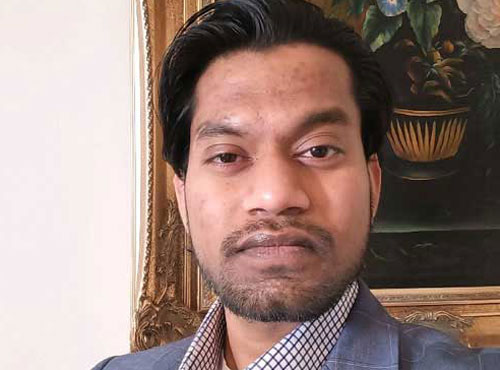 With eight plus years of experience in content strategy, journalism, marketing and public relations - Gregory Paul Francis, is an avid writer from Mumbai, now in Melbourne. As a former lifestyle journalist Gregory has been successful in adding publications like Times of India, Condenast, Magna Publishing and The Watch Company for his flair in fashion and luxury - however, he does take a keen interest in marketing and social media - which he is currently pursuing as a future profession.

Kauthar Abdulalim is a writer-director, has won the BMW Short Film Competition at the 2018 IFFM and is a recipient of Screen Australia’s development funding. Kauthar is formally trained in documentary filmmaking, has a degree in Islamic Studies and continues to work as an impact producer in social justice filmmaking. 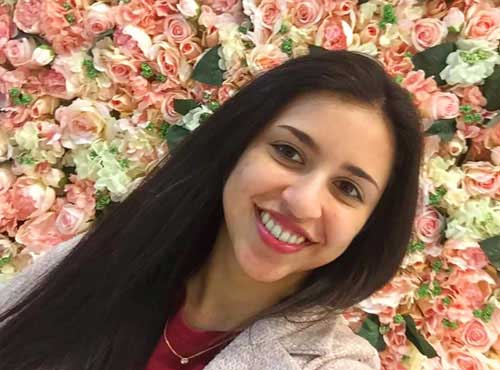 Monique Nair is a Melbourne writer currently completing her Honours year in creative writing researching sociolinguistics and diaspora writing. She has performed poetry for Melbourne Emerging Writers' Festival and her articles have been published online with Peril Magazine and RMIT University's featured stories.

Originally from Kolkata, Nandita moved to Melbourne in 2000. After a horrific rock climbing accident, she was left with a traumatic brain injury resulting in cognitive disability. Since then she has written two novellas and is now working as a freelance food writer, writing food stories of famous chefs in Australia, such as Sarah Todd, Adam D'sylva and Gary Mehigan.

Born and raised in Australia, Nethmi Kulatunge, is an artist who envisions to showcase Sri Lankan culture and take its traditions forward into the future. She has been actively involved in a variety of platforms in the performing arts. Nethmi is professional Sri Lankan dancer, who has acted in several stage dramas and a Sri Lankan movie. Currently, she is studying Commerce whilst continuing to build on her dancing and acting career by exploring new opportunities. 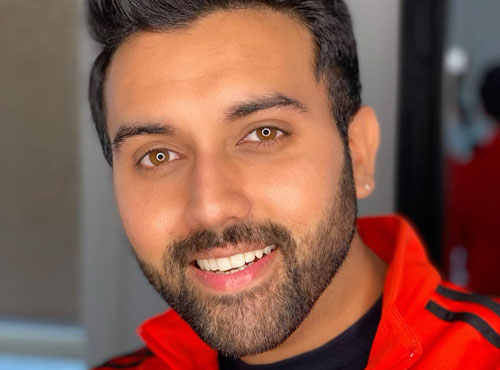 Puneet Gulati is an actor, recording artist, host and an aspiring poet. He is also a recipient of the Meritorious Service Medal by the Government of Victoria for the cause of bullying and harassment towards ethnic communities in Melbourne. Puneet is currently doing theatre with Melbourne Actors Lab with his upcoming show. In 2019 he wrote, co-directed, acted and also self-produced a short film which won recognition across reputed film festivals across the globe. He is now on a journey to be able to write more and act to express his stories in the form of films/OTT shows. 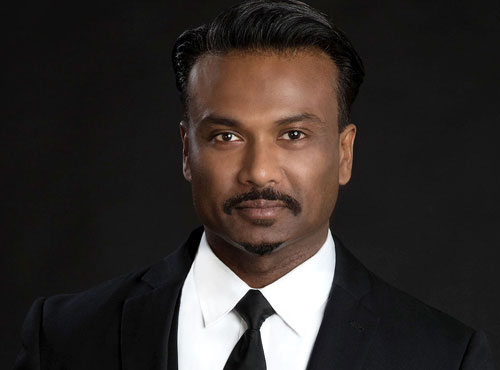 Ravi Chand is an emerging screen producer and writer, with an acting background. He has come through a number of Screen Australia and Film Victoria initiatives that include Talent Camp, Documentary Australia Foundation Story Works program and Cinespace Screenwriters Fellowship. His web series pitch was shortlisted for the Sundance Youtube New Voices Lab and his feature documentary's (now in development) pitch video called Five Year Grandma has exceeded well over half a million views, 1700 shares and 6100 like / reactions on Facebook. Ravi's life and screen work has been featured by SBS, Film Ink, Diversity Arts Australia, Fiji Times, Blackfulla Revolution, South Asian media and organisations in Australia and around the world. 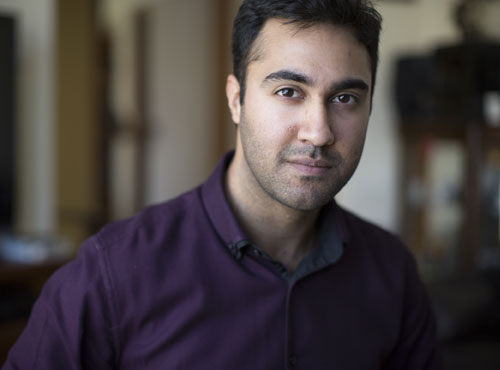 Rohan D'Souza is an Indian-born, Singapore-raised Australian citizen with an Irish-Indian first name, a Portuguese surname, an American accent and a desire to showcase the diversity, nuances and absurdities of personal identity.
He has an Honours in Film & Television from Swinburne University, and short films he's written, directed and produced have played in a number of international film festivals.
2017 BLOW UP International Arthouse Film Festival. USA.
2017 Canadian Diversity Film Festival. Canada.
2017 Universe Multicultural Film Festival. USA 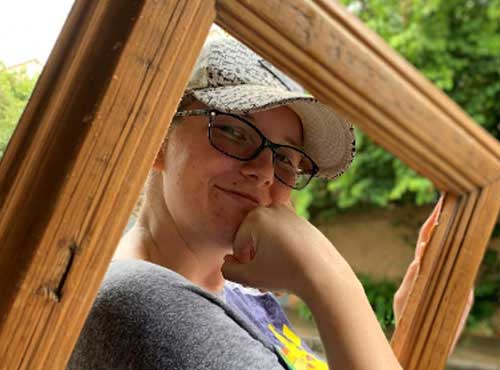 Samira Cox is 19 and lives with Usher syndrome. She is deaf and legally blind. Samira got into filmmaking through Hear For You, who mentor deaf teenagers and started a film festival. She won Best Screenplay for her HSC Major Artwork, made an animated film and now studies Screen and Media at TAFE. 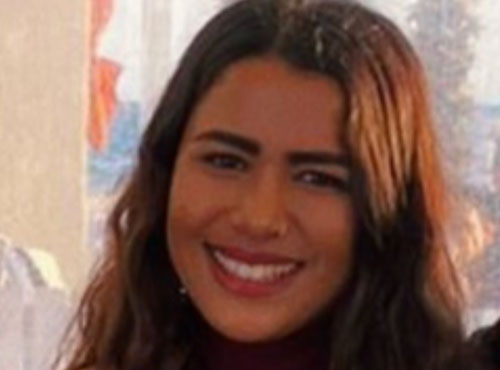 Shivangi is an Indian-Australian, Commerce student, looking forward to her internship with KPMG. Between sips of coffee and when not juggling numbers, she’s a movie-fanatic, tutor, and film-intern. Bagging the “Most likely to be famous” tag in her yearbook, she hopes it manifests to more than just the framed certificate in her bedroom.

Shivani Prabhu is a Melbourne-based writer and editor with a Bachelor of Arts in Philosophy, Journalism, and Creative Writing, from Deakin University. Her work has appeared in Rabbit and Verandah, and she is shortlisted for the Judith Rodriguez Prize 2021. She edits nonfiction for Voiceworks.